A Simple Collective is pleased to present The Uncanny Valley, a solo exhibition by Mark Baugh-Sasaki featuring a large-scale immersive video installation, on view from September 14 to October 26, 2013. An artist talk and reception will be held Saturday, September 14, 7–9pm.

Using both natural and industrial materials, Mark Baugh-Sasaki’s works examine the tenuous relationship between humans and the environment. Leaving much up to the viewer, the more powerful of the two forces is not made explicitly clear, but their feedback-loop is apparent and the tipping-point always seems imminent.

For his exhibition at ASC Projects, Baugh-Sasaki transforms the gallery, grafting sculpture and video onto its square white walls, to create an immersive hybrid space that blurs the line between what is natural and what is not. “[The works] convey the feeling of a natural space yet are obviously constructed, creating tension for the viewer and making them question their beliefs about what is natural.” The title Uncanny Valley refers to robotics professor Masahiro Mori’s hypothesis that, as a robot appears more human, an observer’s response will become increasingly empathetic. But at a certain point, the response quickly drops to that of revulsion, until the robot becomes almost indistinguishable from that of a human and the response again becomes positive, approaching a human-to-human empathy level. The same theory can be applied to Baugh-Sasaki’s works as the viewer experiences and reacts to the composite space he has created.

Working in sculpture, video installation, and works on paper, Baugh-Sasaki quietly ushers viewers toward an awareness of their relationship to the natural world, without bias.

Mark Baugh-Sasaki is a San Francisco native and earned a BFA from Carnegie Mellon University in Pittsburgh, studying Sculpture and Photography. He has exhibited work throughout the U.S. and abroad and has exhibited with A Simple Collective since early 2013.

ASC Projects is open Tuesdays and Thursdays, noon–5pm and readily by appointment
Contact Rhiannon Evans MacFadyen at (415) 786-1351 or rhiannon@oacsf.com 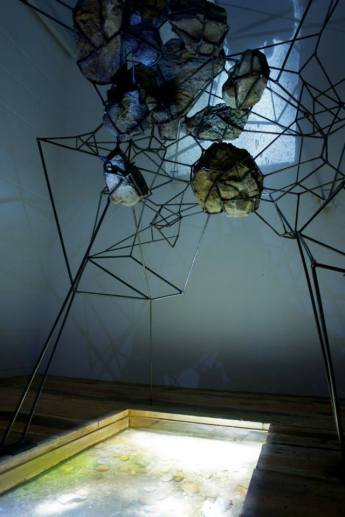 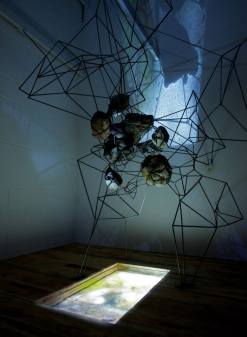