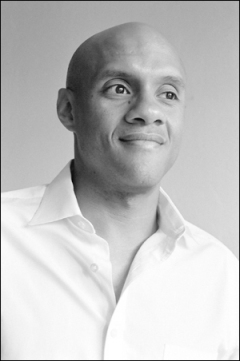 As a member of the “Bay Area Digitalist” movement—a group of artists heavily influenced by the environment of Silicon Valley—Tim Roseborough’s work comments on the prevalence of screen media that permeates all aspects of contemporary life and culture and the information and activities that are presented within.

With a focus on the setting of our current digital age, Tim Roseborough examines the abundance of technology within daily life and demonstrates the incongruencies and quirks that can often exist as we live with tools designed to improve efficiency and quality. Through websites, videos, prints, photography, performance, sculpture, software programming, and gallery installations, Roseborough recalls and reintroduces, the ideas, events, and objects that have been forgotten over time, investigating themes of technology and communication, illustrating how they can occasionally lead to inconveniences and complications. Interactive engagement and gaming are also examined within Roseborough’s use of a wide range of digital media.

Among the challenges of communication created within the digital age, addressed in Roseborough’s work, are the problems of chance, outcome, and perception. The idiosyncrasies, challenges, and frustrations often created by developing technologies designed to make life easier are well observed and represented by the artist. A Throw of the Dart, a set of three dart boards that Roseborough had fabricated, represent chance as the artist has relinquished control of the outcome of his work to the outside source of the fabricator. Not only does the artwork represent chance and outcome through the subject and physical object of the work, but also through the process of being produced by an outside fabricator. Within the Englyph series, Rosborough deals with the challenge of communication. By creating a set of symbols to represent text, Roseborough has constructed a new form of communication, one in which the viewer is unable to read the text in a conventional sense. Though the reader is met with only a series of invented symbols, not recognizable words, the message is transmitted through the choice of color and a, sometimes frenetic, sense of vibration as the symbols exist and react in close space next to one another. An urgency is conveyed through the bold colors and the repetition of the symbols. The reader is asked to understand a message that is lost within its form of communication, much like transmissions can get lost through the technology and forms of digital interaction that we are expected to utilize within the current culture.

Roseborough’s work and performances have been included in exhibitions at SFMOMA, the 2010 and 2012 Zero1 New Media Biennials, The Yerba Buena Night Art Festival, and Catharine Clark Gallery.  Roseborough holds an M.S., Interactive Media from Boston University College of Communication and a B.A., English and Communication from Tulane University. Roseborough’s work has attracted critical attention from such publications as ARTNews, the San Francisco Chronicle, and the International Review of African American Art. Roseborough lives and works in San Francisco, California, and is represented by A Simple Collective.

I see your work as perhaps addressing the frustrations and challenges that can exist as a result of new forms of communication, and the challenges of controlling outcome and perception. Is this an accurate understanding?

Yes, I am fascinated by the manner in which we as humans are spending more of our lives attempting to decode and interpret messages. Although technology is often utilized in the service of making our lives “easier,” the new forms of communication we are using harbor the great potential for misunderstanding and misinterpretation. I see the short formats of texting and “tweeting” to be so reductive in their linguistic structures, that unless the sending and receiving parties are so synchronized in their understanding of the symbols, there is a great potential for obfuscation, instead of the intended conveyance of meaning.

Through my work with my Englyph writing system, I’ve come to understand that language itself is a purely social phenomenon, so you can be “inside” the circle of understanding or “outside” of it. The great thing about humans is that we have the capacity to learn and interpret, so we can move between these different modes of understanding, if we so choose.

Can the focus on gaming in your work be seen as a comment on the structures of society in our current culture? Or perhaps a more concentrated community such as the art world for instance?

I think that gaming will increasingly become the prism through which we, as humans, will understand the world. Games consist of a mixture of chance, skill and strategy, in varying proportions. Sometimes they are oppositional and competitive, while other games demand cooperation and sacrifice to a larger goal.

Differing sectors of our society are in a constant struggle to assert the dominance of a “winner take all” societal structure versus a more egalitarian “everyone’s a winner” paradigm. We end up somewhere in between, of course.

The art world is simply a reflection of what’s happening in the larger culture. We see this playing out in terms of the apportionment of resources and attention that participants in the art world are attempting to attain.  “Star” institutions, galleries and artists get much of these resources and attention, while those further “down the ladder” are working to get more. The ploys, schemes and dramas inside the art world are, in a sense, an “acting out” of this game-like skirmish.

Does the audience play a big role in your work? How important is their reaction and participation to your process? How much does the setting of your work influence audience involvement and reaction.

I am always very aware of the audience, in my work. I am not always focused upon *how* this audience will react, but I am interested in eliciting a reaction of some sort. That said, I can never predict how the viewer/participant will engage with my work.

I am interested in the notion of “wonder,” or the sense of surprise and childish awe that can come from interacting with good work. I enjoy when those who encounter my work see something in a new way, or receive a “frisson” of discovery or recognition when they receive fresh information. It’s the feeling I might get with a startling twist in a film, or a hilarious punchline in a joke. I always want “something else” to be there, once a person begins to interact with my work. The context or setting can be a part of that strategy, but artists are not always as much in control of how their work is contextualized, so I try to keep the elements of wonder as integrated in the work and context-agnostic as possible.